2 Pieces of the Berlin Wall in Singapore.

Some time ago, there were 4 blocks of the Berlin Wall at the Bedok Reservoir Park. The owners of that four blocks have since moved it back to the US.

Do you know there are 2 other blocks of the Berlin Wall in Singapore?
These 2 blocks are not as pretty and they are not enclosed in some glass enclosure.

A few of us 'bored' people had nothing better to do, so when we heard it was in Singapore, we went in search for it. The location that was told to one of us was not really clear, so we nearly gave up.

The "Display Area" that these 2 parts of the Berlin Wall is located is still under construction, so we had to climb up some muddy path to reach it. It's quite hidden and no one will know it is there! 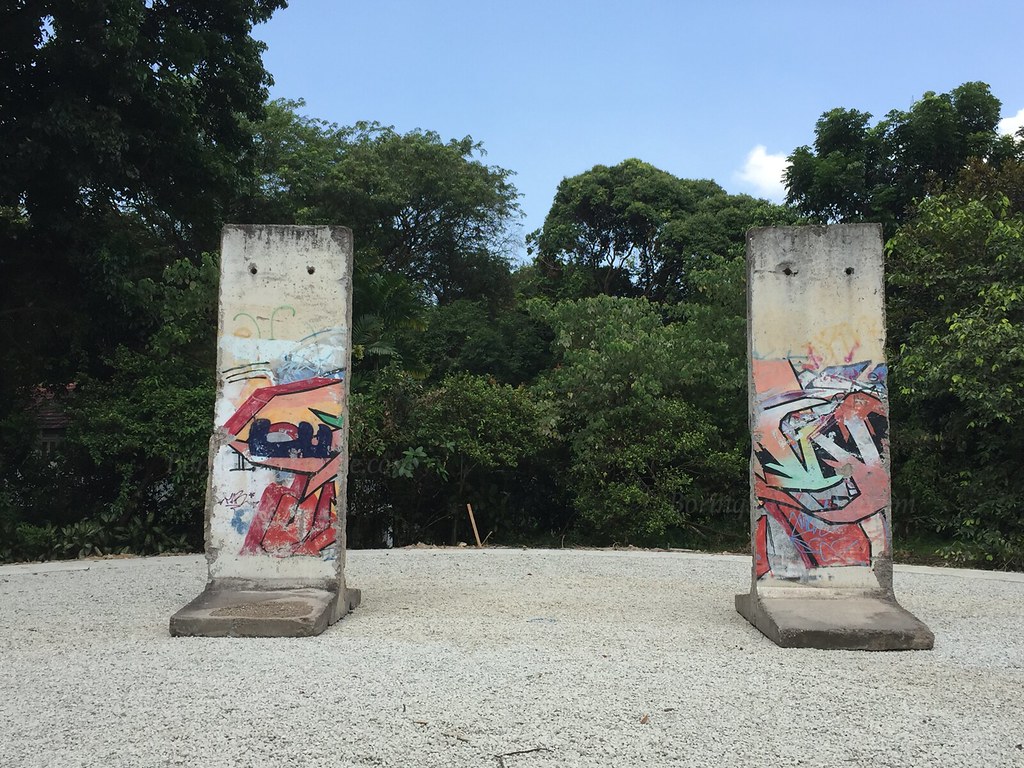 Not sure of the whole story, but what we heard is that it was donated to Prof T Koh who is the ambassador-at-large, but he donated it to 'his workplace' (i.e. where he is Prof).